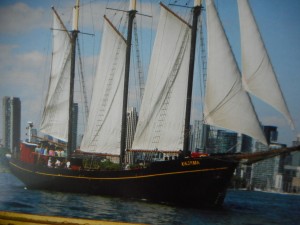 On October 1 we went on a trip aboard the tall ship Kajama on Lake Ontario, Toronto. We have a love of the sea and the tall ships of yesteryear. The ship originates from Germany and her original name was Wilhelm. She served many years in European waters before being sold to a new owner who renamed the ship Kajama after his daughter, son and wife in the form of an anagram of letters from their names. When the owner died the ship was neglected for many years and ended up in Canada after being bought by the company that refurbished her and now provides wonderful experiences for paying passengers who wish to experience sailing aboard a tall ship.

Words cannot describe fully the tranquility of being aboard a tall ship under sail with only the sound of the wind in the sails and the water burbling under the hull. The pictures that follow include sights of downtown Toronto and the CN Tower that we took as  Kajama returned to her dock on the Harbor front. 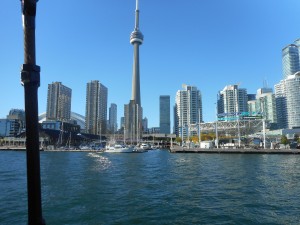 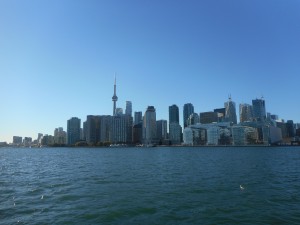 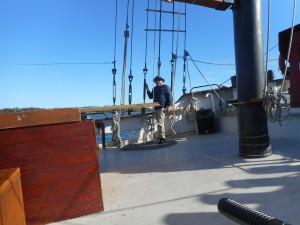 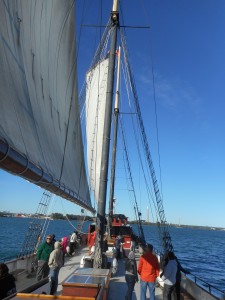 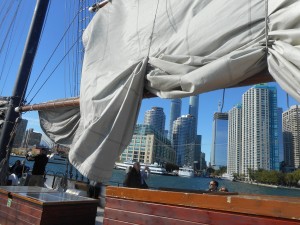