“Failure is NOT an option” 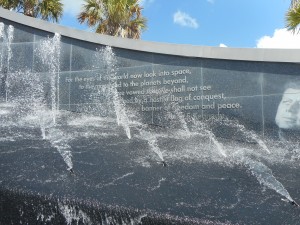 On Monday September 21 Spirit guided us to visit the Kennedy Space Center and NASA. The visit surpassed all expectations in that we were inspired and motivated while finding much that was deeply emotional. So much that we saw was a massive example of so many of the messages in “Journey of a Shaman”. We were reminded how dreams and determination can achieve the impossible.

At the entrance are fountains with a statement by John F Kennedy that set the vision for all future space travel by mankind. “For the eyes of the world now look into space, to the moon and the planets beyond and we have vowed we shall not see it governed by a hostile flag of conquest, but by a banner of freedom and peace”. 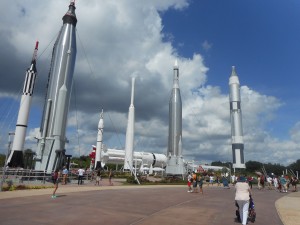 As we entered the massive space center we were greeted by the sight of NASA rockets that mapped the history of the unmanned space vehicles through to the rockets capable of launching mankind into space. A NASA guide took us from rocket to rocket explaining the history and the difficult path that led to many failures before finding the answers to creating new technologies and skills necessary to explore the new frontier of space.

We then walked to the pick-up point where shuttle buses take visitors on a forty minute drive to the launching sites which covered a huge area, including massive complexes where rockets were assembled prior to launching and then carried on massive very slow-moving tracked vehicles called “crawlers”. The crawlers would 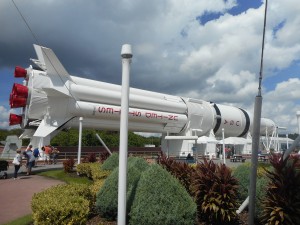 take many hours to reach the launch pad towers. We were shown the ones that had been used for past launches and also for the latest space travel vehicles that were now under construction that would be capable of taking Mankind to Mars in 2030. The new generation of rockets are known as SLS, (Space Launch System). In conjunction with SLS a human-rated spacecraft, known as the Orion Multi-Purpose Crew Vehicle, is being developed, capable of carrying a crew to Mars.

We were left in no doubt that NASA has total determination to put Mankind on Mars in 2030. 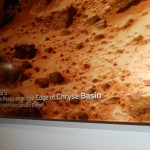 The determination to put Man on the Moon with all the difficulties, set-backs, and loss of life is summed up by a NASA Mission Controller at that time “Failure is not an option”. As is well known history, the Apollo Program was ultimately successful.

The vision and inspiration by JFK ultimately manifested as a reality. It was in 1961 that JFK made a famous speech to Congress declaring “I believe that this Nation should commit itself to achieving the goal, before this decade is out, of landing a man on the Moon and returning him safely to Earth”. 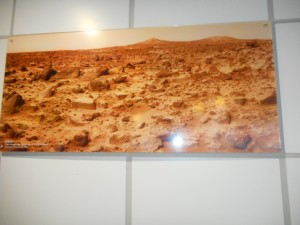 Also his vision of international co-operation in space travel was achieved when the International Space Station, Skylab, was set up and is going from strength to strength now and into the future.

An essential part of developing and maintaining Skylab, the Space Laboratory, was to develop the Space Shuttle, a re-usable space vehicle developed to ferry scientists to and from the Space Station from where they maintained the Hubble Telescope and various other satellites. During the 133 Space Shuttle missions there was one catastrophe and all seven astronauts on board died. There is a deeply moving memorial to them at the Kennedy Space Center, one of whom, a woman, was a teacher on her way to Skylab. The memorial includes a quote she made before that fateful journey “I touch the future, I teach”. John remembers being in New York when the shuttle exploded and the deep shock experienced by all Americans’. John was watching and listening to the televised speech by Ronald Reagan which included the statement “the future doesn’t belong to the fainthearted, it belongs to the brave”. That speech chimed with the mood of the American people and ensured that the Mission would continue. 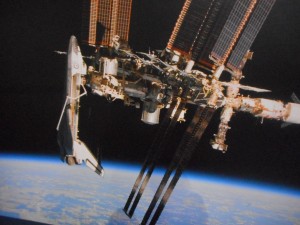 The picture on the left shows a Challenger Shuttle attach to Skylab. The two landscape pictures above are the surface and Twin Peaks of a huge crater on the Mars surface.

We visited a huge building that contained a rocket similar to the one that successfully took astronauts to the moon. In that same area we watched a movie filmed at the time of the successful launch that took three astronauts around the moon without landing and returned safely. The experience was particularly poignant for us as immediately below the movie screen was the actual control center operations area complete with computers and all the other controls that were leading technology at that time. This was the mission control room that we had seen on television at the time of that first successful 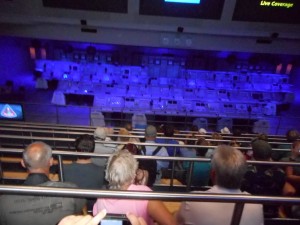 launch to the moon. The previous launch had failed with the death of three astronauts. The film of the nail biting tension of the huge team of mission control staff as the count down proceeded and the subsequent jubilation as the Apollo rocket successfully “lifted off” was a deeply emotional experience for all who watched.

The picture on the left shows the scene in the movie theater with the original mission control units and the picture below that shows the actual crew capsule the astronauts returned to the Earth in.

This picture shows the scorched state of the capsule from the heat of re-entry into the Earth’s atmosphere.

We are determined to be present at Cape Canaveral in 2030 to watch Orion lift off on its voyage of discovery carrying mankind to Mars.

We spent a long day at the Kennedy Space Center and only had time to experience two-thirds of what was there. We are returning tomorrow to see the remaining one-third and will share that experience with you shortly.

This is a massive example of the fact that there is nothing to stop one achieving anything one desires except the blocks in one’s own mind.